On the naming of stations

The West Midlands Rail Executive have asked for people’s opinions on the naming of two new stations on the Camp Hill Line (scheduled for next year). Clearly the correct answer for my closest station is Pineapple Road, but why is naming these stations hard? Perhaps a map can help illustrate:

Other stations nearby are also all on borders. Bournville station, on the Cross City line, is actually half in Bournville, half in Stirchley. It is closer to Stirchley shops and high street than to Bournville Green or Mary Vale shops. A logical proposal therefore would be to rename Bournville to Stirchley West and call the new station Stirchley East, but of course that is never going to happen ;)

Similarly, the new station for Kings Heath will be half Kings Heath, half Moseley. It is right at the north end of Kings Heath, but we haven’t been asked for suggestions for this one. You could say it should be called Highbury station, next to Highbury Park/Hall and inbetween the shopping centres of Kings Heath and Moseley. 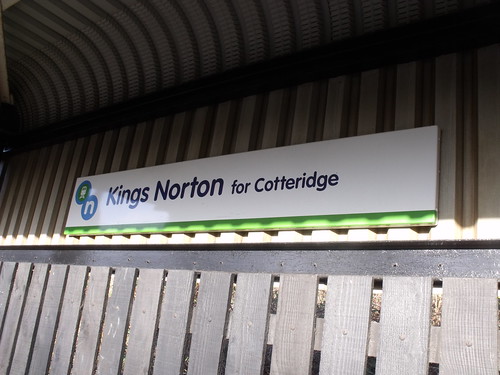 Of all the stations marked on my map, only Moseley is not on a border, and is right next to the main high street. I don’t know anyone who refers to it as Moseley Village, though; it is a suburb amongst suburbs, nothing to be ashamed of.

I really hope my local station is named Pineapple Road; it is fun, accurate, clear, and in keeping with e.g. Chester Road on the Cross City line. 🍍